- We turned a bodybuilding legend into an app

Learn how we created a personal trainer in your pocket! 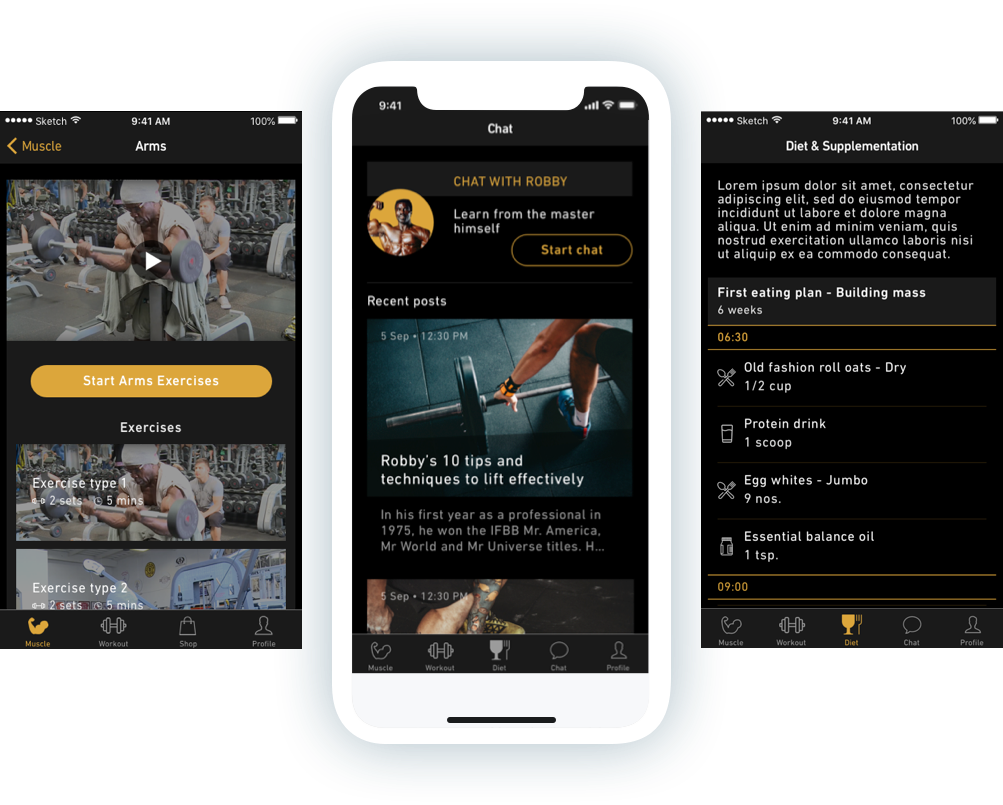 About Robby Robinson ‘The Black Prince’

Robby Robinson ‘The Black Prince’ is a heavyweight bodybuilder residing in Venice, CA made famous for his appearances in the 1970s hit ‘Pumping Iron’ as well as his immeasurable success in Competition.

Robby’s team approached us with the idea of having Robby train clients through a mobile app. The app allows users to get a full insight into Robby’s workout/diet plan and the opportunity to speak to Robby through our revolutionary 24/7 live chat feature. Having such an experienced athlete to work with inspired us to create the best bodybuilding app on the market.

We sent two of our team members to Sunny California to shoot Robby in the iconic Gold’s Gym over a two-week period.

This allowed us to tailor exercises to meet the needs of his client base and gain a deeper understanding of Robby’s aspirations for the app.

Each workout video contains in-depth audio and visual guidance from Robby, to ensure the correct technique. These workout plans display daily exercises, sets, reps and rest breaks. If you want to become a bodybuilder without spending thousands on a personal trainer, this is the app for you.

Check out the app on the App Store

We can build your story

Through the years, we have partnered with
companies all over the world